Great things are happening at Lamar State College Orange! Today the college took a step toward growth with the first phase of new construction on campus.

Campus president, Dr. Thomas Johnson, sat in the driver’s seat of the excavator bulldozer and began the demolition on a portion of the former Capital One Bank building in downtown Orange. “This is all part of our 10-year master plan,” Johnson told the crowd gathered to watch the process. “And this is a ray of sunshine in a very dark year.”

The master plan, which will be presented to the Texas State University System Board of Regents later this month, includes a new Academic Center and plaza connecting the current campus to the block of Green Avenue between 4th and 5th Streets where the former bank building sits.

Lamar State College Orange purchased the glass building in September of 2019 with appropriated funds at a fraction of its appraised value. The building had been vacant for more than a decade.

The first phase of the college’s plan, which should take about six months to complete, includes removing the drive-thru teller section of the building as well as starting on the plaza section. There will also be some infrastructure work done to prepare for the new building, which will be constructed at a later date. The new Academic Center will replace the current Academic Center, which was built in 1908, on Front Street.

“That building is 112 years old and has been a warehouse, a store, a bowling alley, and now an academic center, which it was never designed for,” Johnson said. “We are growing at Lamar State College Orange and everyone is excited about this. We’ve had an increase in enrollment and we want to provide a state-of-the-art school for our students to learn in. Our students deserve a wonderful environment for their education and we are moving one step closer to our vision for that.”

Although Dr. Johnson had never driven construction equipment before this morning, he learned quickly the required steps under the supervision of H.B. Neild & Sons Construction and Project Management employees.

“That was a lot of fun,” he said about driving the excavator bulldozer.

The LaBiche Architecture Group is heading up LSCO’s expansion project and the City of Orange allowed the college to annex a portion of 4th Street for the project. Johnson said he hopes the citizens of Orange come enjoy the campus when the project is complete.

“Our mission at Lamar State College Orange is to transform lives and the future is bright, Orange,” he said. 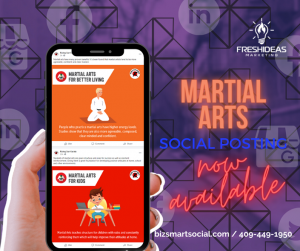 Updated 10-5-21 From WOCCISD Superintendent, Dr. Harris:: “I was just informed that…