The plan includes a new Industrial Technology Building behind the Shahan Center, a new Welcome Center that will serve as a one-stop enrollment center for Testing, Advising, Financial Aid, etc. between the Shahan Center and the Student Center, a new 58,000 square foot state of the art Academic Building, a new Transportation/Logistics facility next to the Stark Nursing building and finally a repurposing of the current Academic Center with a rear second-floor balcony to view the river.

Also, there will be additional parking lots as well as many green spaces and plazas on campus so that our campus remains beautiful with easy access for our entire community.

See the video below to see the master plan in action.

“During her time as interim Dean of Academic Studies, Dr. Crockett has continued providing progressive leadership and strong support to faculty, students, and staff in spite of the worldwide pandemic and two hurricanes that have significantly impacted our operations,” said Dr. Wendy Elmore, LSCO’s EVP/Provost. “As a courageous leader, Dr. Crockett eagerly invests the time and energy required in order to provide excellent educational opportunities for our students. Her energy and commitment to research and apply high impact practices to benefit LSCO’s students is extraordinary and has been welcomed during such an unprecedented time in higher education.”

As Dean of Academic Studies, Dr. Crockett is responsible for the academic programs on campus, including policies and development as well as overseeing and supporting the faculty and staff.

Dr. Crockett’s story of success is one that started in 1992 with her as a nervous, insecure student at LSCO. Through her time as a student, Dr. Crockett became more confident in herself and her abilities and graduated from LSCO in 1996 with her Associate’s degree. She went on to graduate with her Bachelor’s degree and Master’s degree from Lamar University and doctoral degree from Sam Houston State University.

Dr. Crockett’s pursuits of higher education were supported by her peers within the Texas State University System. She was the recipient of the Grow Your Own scholarship provided through the system’s Foundation, which allowed her to earn her doctoral degree. The Alan Dreeban Grow Your Own scholarship provides financial assistance to individuals from groups underrepresented on the faculty to complete their doctoral degrees. This scholarship also provides the opportunity for these individuals to mentor college students from underrepresented populations and assist in retaining these students.

“She is a great example of where an LSCO education can take someone,” said LSCO President, Dr. Thomas Johnson. “She personifies our vision of being a place where hope meets opportunity and our mission to transform lives.”

This includes breakfast and lunch. If the child is not present at the time of pick up, please provide an official letter from the district, attendance record, birth certificate, or student ID Cards for each child that will need a meal. Adult meals will be charged at the usual rate. 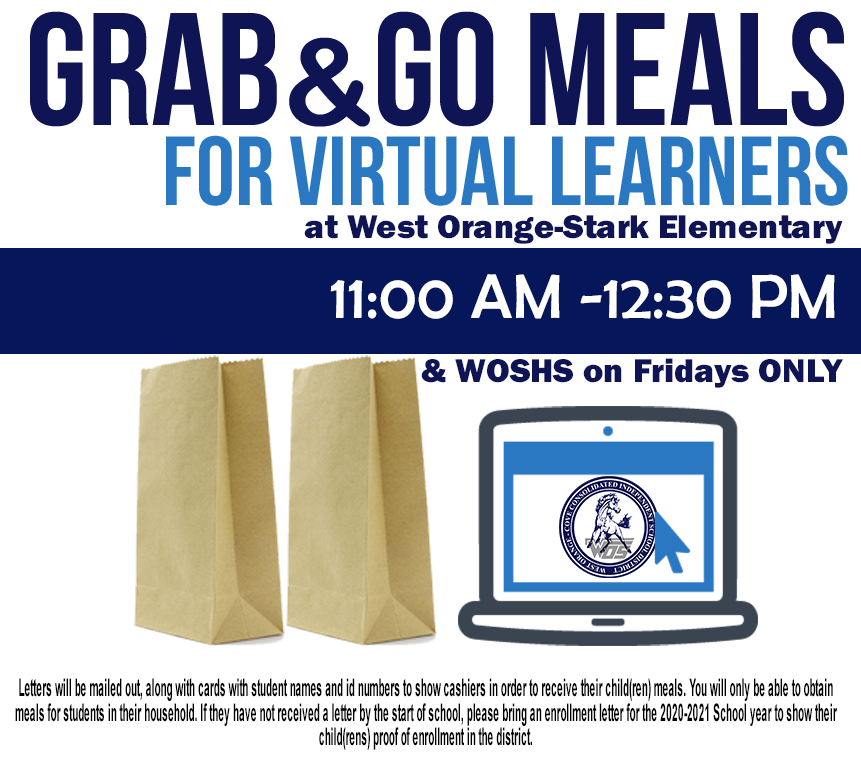 Great things are happening at Lamar State College Orange! Today the college took a step toward growth with the first phase of new construction on campus.

Campus president, Dr. Thomas Johnson, sat in the driver’s seat of the excavator bulldozer and began the demolition on a portion of the former Capital One Bank building in downtown Orange. “This is all part of our 10-year master plan,” Johnson told the crowd gathered to watch the process. “And this is a ray of sunshine in a very dark year.”

The master plan, which will be presented to the Texas State University System Board of Regents later this month, includes a new Academic Center and plaza connecting the current campus to the block of Green Avenue between 4th and 5th Streets where the former bank building sits.

Lamar State College Orange purchased the glass building in September of 2019 with appropriated funds at a fraction of its appraised value. The building had been vacant for more than a decade.

The first phase of the college’s plan, which should take about six months to complete, includes removing the drive-thru teller section of the building as well as starting on the plaza section. There will also be some infrastructure work done to prepare for the new building, which will be constructed at a later date. The new Academic Center will replace the current Academic Center, which was built in 1908, on Front Street.

“That building is 112 years old and has been a warehouse, a store, a bowling alley, and now an academic center, which it was never designed for,” Johnson said. “We are growing at Lamar State College Orange and everyone is excited about this. We’ve had an increase in enrollment and we want to provide a state-of-the-art school for our students to learn in. Our students deserve a wonderful environment for their education and we are moving one step closer to our vision for that.”

Although Dr. Johnson had never driven construction equipment before this morning, he learned quickly the required steps under the supervision of H.B. Neild & Sons Construction and Project Management employees.

“That was a lot of fun,” he said about driving the excavator bulldozer.

The LaBiche Architecture Group is heading up LSCO’s expansion project and the City of Orange allowed the college to annex a portion of 4th Street for the project. Johnson said he hopes the citizens of Orange come enjoy the campus when the project is complete.

“Our mission at Lamar State College Orange is to transform lives and the future is bright, Orange,” he said.

Each year International Paper supports local non-profits where their mill workers live and work through their IPGiving program. Recipients for 2020 include: