The governing body of the City of Orange, Texas proposes to use revenue attributable to the tax rate increase for the purpose of personnel costs, equipment replacement, capital projects and service improvements.

Citizens are encouraged to attend and express their views at the following public hearings on the proposed tax rate: 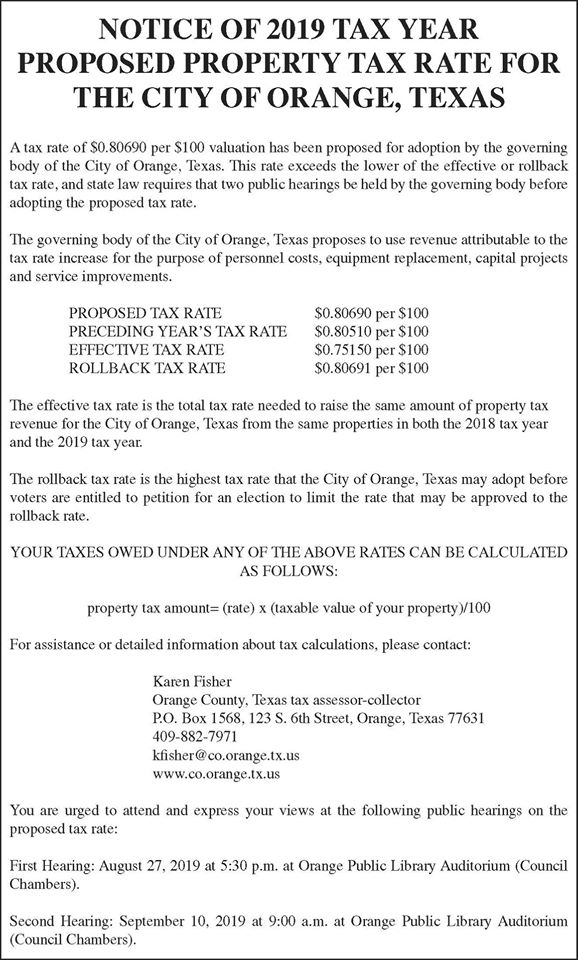 Due to safety concerns, Orange Lions City Park has been closed until further notice. A recent…

Effective October 1, 2022, the rates for trash collection in the City…

The City of Orange Fire Department held a pinning ceremony on Thursday,…

Due to safety concerns, Orange Lions City Park has been

The 25th annual Community Trash-Off is scheduled for Saturday, February